"Not Afraid" is a song by American rapper Eminem from his seventh studio album, Recovery (2010). The song serves as the lead single of the album, released on April 29, 2010, by Interscope Records. The song was written by Marshall Mathers, Matthew Samuels, Luis Resto, Jordan Evans, and Matthew Burnett, and it was produced by Boi-1da, Mathers, Burnett, and Jordan Evans. A music video was filmed in May, 2010, and was uploaded on VEVO on June 5, 2010 at 11:30 am ET.

[Intro]
Yeah, it's been a ride
I guess I had to go to that place to get to this one
Now some of you might still be in that place
If you're trying to get out, just follow me
I'll get you there

[Verse 1]
You can try and read my lyrics off of this paper before I lay 'em
But you won't take the sting out these words before I say 'em
Wipe that , January 22nd
Cause ain't no way I'mma let you stop me from causing mayhem
When I say I'mma do something I do it, I don't give a damn
What you think, I'm doing this for me, so fuck the world
Feed it beans, it's gassed up, if it thinks it's stopping me
I'mma be what I set out to be, without a doubt, undoubtably
And all those who look down on me I'm tearing down your balcony
No if ands or buts don't try to ask him why or how can he
From Infinite down to the last Relapse album he's still shitting
Whether he's on salary, paid hourly
Until he bows out or he shits his bowels out of him
Whichever comes first, for better or worse
He's married to the game, like a "fuck you" for Christmas
His gift is a curse, forget the earth he's got the urge
To pull his dick from the dirt and fuck the whole universe

[Verse 2]
Ok quit playin' with the scissors and shit, and cut the crap
I shouldn't have to rhyme these words
In the rhythm for you to know it's a rap
You said you was king, you lied through your teeth
For that fuck your fillings
Instead of getting crowned you're getting capped
And to the fans, I'll never let you down again, I'm back
I promise to never go back on that promise, in fact
Let's be honest, that last Relapse CD was “ehhhh”
Perhaps I ran them accents into the ground
Relax, I ain't going back to that now
All I'm tryna say is get back, click-clack BLAOW
Cause I ain't playin' around
There's a game called circle and I don't know how
I'm way too up to back down
But I think I'm still trying to figure this crap out
Thought I had it mapped out but I guess I didn't
This fucking black cloud still follows me around
But it's time to exorcise these demons
These motherfuckers are doing jumping jacks now

[Bridge]
And I just can't keep living this way
So starting today, I'm breaking out of this cage
I'm standing up, I'mma face my demons
I'm manning up, I'mma hold my ground
I've had enough, now I'm so fed up
Time to put my life back together right now

[Verse 3]
It was my decision to get clean, I did it for me
Admittedly I probably did it subliminally for you
So I could come back a brand new me, you helped see me through
And don't even realize what you did, believe me you
I been through the wringer, but they can do little to the middle finger
I think I got a tear in my eye, I feel like the king of
My world, haters can make like bees with no stingers, and drop dead
No more beef lingers, no more drama from now on, I promise
To focus solely on handling my responsibilities as a father
So I solemnly swear to always treat this roof
Like my daughters and raise it
You couldn't lift a single shingle on it
Cause the way I feel, I'm strong enough to go to the club
Or the corner pub and lift the whole liquor counter up
Cause I'm raising the bar, I shoot for the moon
But I'm too busy gazing at stars, I feel amazing and 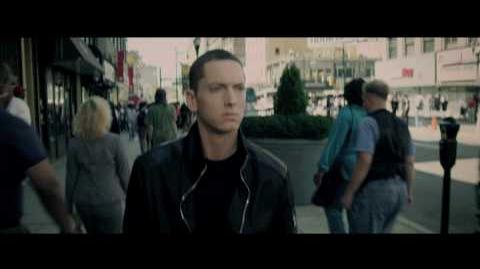