"Lean Wit Me" is the seventh track on Juice WRLD's debut studio album Goodbye & Good Riddance. It was released as the third single for the album on May 22, 2018; the music video was released a few months later on August 2, 2018. It peaked at number 68 on the U.S. Billboard Hot 100 chart, and certified Platinum by the RIAA (Recording Industry Association of America).

"Lean Wit Me" is one of Juice's more personal tracks on the album, as it a reflection on addiction and Juice WRLD's issues with substance abuse. 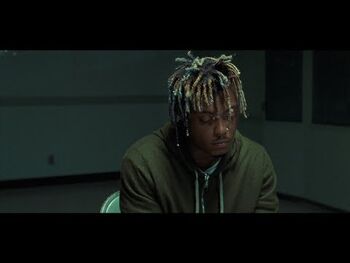