<<Confessions of a Dangerous Mind
Eminem's last single: "Lucky You" / next single: "Darkness"

"Homicide" was released on May 3, 2019 by Visionary and Def Jam as the third single for Logic's fifth album Confessions of a Dangerous Mind. The song had both artists mocking and criticizing the mumble rap genre for their "rappers" mumbling and often unintelligible delivery of lyrics and overreliance on autotune and ghostwriters. It reached number two on the Hot R&B/Hip-Hop Songs chart, giving Logic his third top 5 hit on that chart. It also gave him his second top 10 hit on the Billboard Hot 100 chart, peaking at number five. 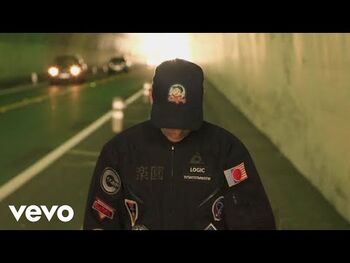