"Darkness" is likely one of the most controversial songs that Eminem has ever written, as Em attempts to enter the mind of Stephen Paddock, a.k.a. the man responsible for the 2017 Las Vegas shooting.

The point of the song is to raise awareness in regard to gun control, though the song and video do not simply restage the shooting, as he is attempting a double entendre, in which most of the lyrics of the song could refer to Em himself before a concert, sitting in a hotel room.

The song itself interpolates the 1965 song "The Sound of Silence" by Simon & Garfunkel, using a piano version of its recurring guitar motif and its opening line, "Hello darkness, my old friend." 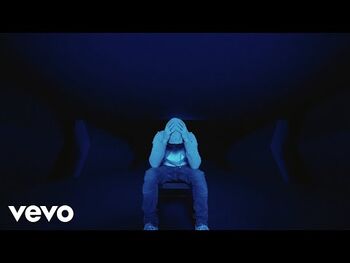