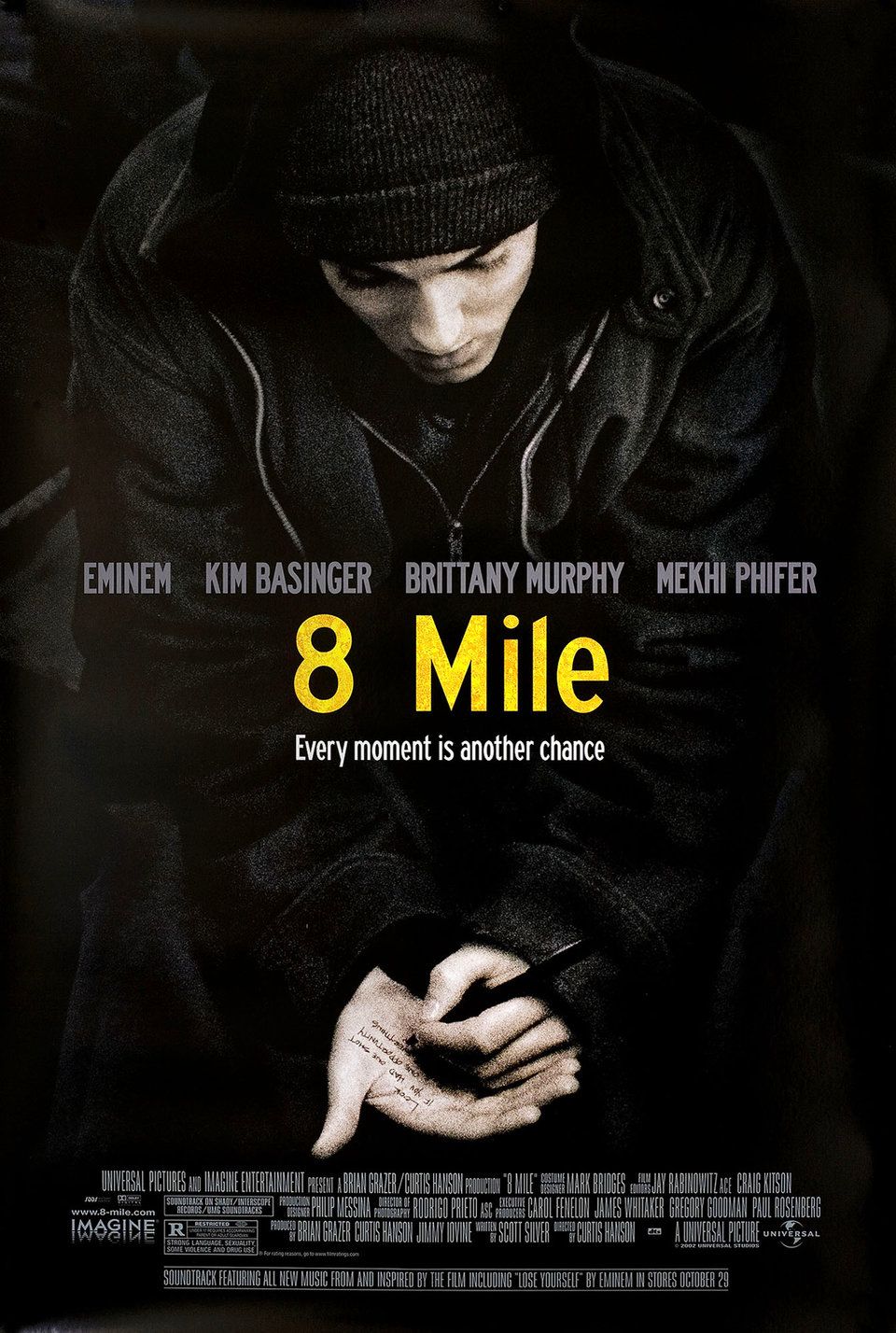 8 Mile is a 2002 American hip-hop drama film based on  rapper, Eminem. The film also stars Mehki Peifer, Brittany Murphy, Kim Basinger, and Anthony Mackie. The film is also known for the song, "Lose Yourself" which was also performed by Eminem.

A young white rapper, James "Jimmy" Jones, Jr. a.k.a. (B-Rabbit) living in inner Detroit, Michigan, he has just broke up with his girlfriend, Jananne, has to move back in with his mother, his little sister, Lily, and her abusive boyfriend, Greg in a trailer park, he choked during a rap battle, and trying to launch a rap career in an industry dominated by African Americans.